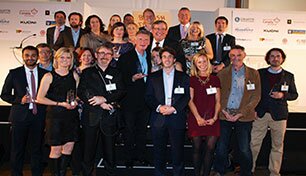 The British Travel Press Awards is a prestigious national awards programme created to recognise excellence and achievement within the fields of travel writing, photography and broadcasting in both trade and consumer press.

The 2013 British Travel Press Awards were held on Wednesday 20 November, at RIBA (the Royal Institute of British Architects), 66 Portland Place, London, W1B 1AD.  The Awards were presented at an early evening cocktail reception.

The Award Finalists, including a significant number of the UK's leading travel writers, magazines and national newspapers, were all invited to attend and the winner of each category was announced on the night.

This year's special Outstanding Contribution Award was presented to Michael Palin CBE, in recognition of his significant contribution to British travel broadcasting during his varied and fascinating career.

To see photos taken at the 2013 Awards click here

NOMINATIONS ARE NOW CLOSED FOR THE 2013 AWARDS